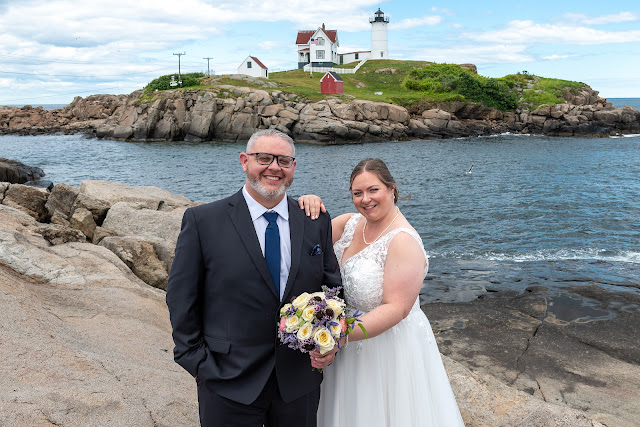 Each wedding is unique. Even though we basically start with close to the same photo list there are always individual requests that are special to each couple. I try to bring out the essence & individuality of each couple for their special day❣️ Here is the Sneak Peek for Kristin & Stephen's beautiful wedding day! They'd never been to York so when I said we needed photos at Nubble, Kristin said, "If we have time!"  Ummmmm, NO! We need to make time . . . and we're glad we did!    My 3rd wedding in 3 months and final one of 2022 for me!  Two hearts, one from New Hampshire and one from Newfoundland, were united in a small, intimate ceremony surrounded by close family members & lots of love at York Harbor Inn in York, Maine when Kristin and Stephen literally “tied the fisherman’s double knot❣️” on July 6, 2022. Read the story of tying the Fisherman's Knot. https://www.weddingpreacherforhire.com/2015/04/the-fisherman-knot.html Second wedding I’ve done w
1 comment
Read more
By BevTabetPhoto - April 20, 2022 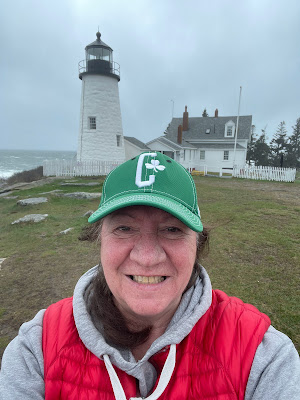 On April 19, 2022 a t 2:35 pm, the exact time of my birth 68 years later, I was at my very favorite place, Pemaquid Lighthouse! It worked out perfectly; I had planned on photographing sunrise, but it was raining so I went later in the day.  THIS is 68! I left on my solo secret birthday road trip on Monday April 18th. I made a pit stop at the Yarmouth Information Center to pick up some brochures. A guy in the parking lot saw my CELTS-6 license plate and Celtics hat and started talking about how great Sunday’s game was! :-) Once a year, I always like to go somewhere I haven’t been before. I took a side trip to Land’s End on Bailey Island. Just sorry I never made it there before my friend, Dan Millar, passed away. I want to go back for photos of The Giant Stairs, Lookout Point, Cribstone Bridge and the little lobster shack in Mackerel Cove when it’s a little warmer.  When I lived in Maine I would go to Tortola in April. Now I go from NH to Maine!  LoL     I arrived at Sheepscot Harbour Vi
2 comments
Read more
More posts